“Compelling”, “first rate” and “the chief delight”.  Karen Frankenstein has enjoyed critical success Germany, France, and in the United States, performing leading roles such as Mimi as well as Musetta in La Bohème, Corinna in Rossini’s Il Viaggio a Reims, Violetta in La Traviata, , Micaela in Carmen and all 4 heroines – Olympia, Antonia, Gulietta and Stella - in Les Contes d’Hoffman. She created the roles of Gerhilde in Die Walküre and the complete role of Woglinde in Barry Kosky’s production of Der Ring.  She has sung Autonoe in the rarely performed Die Bassarieden by Hans Werner Henze, Marietta in Korngold’s Die Tote Stadt and Grete in Schrecker’s Der Ferne Klang.  She was the Companion in Luigi Nono's Intolleranza, winner of the DER FAUST Prize for Best New Opera Production (the German equivalent of the Tony Awards) under the direction of acclaimed director Benedikt von Peter.

A soloist at the Hannover Staatsoper, Ms. Frankenstein has also guested in leading roles in Germany’s top theaters.  She has sung with the Munich Staatsoper, Hamburg Staatsoper, Die Deutsche Oper am Rhein and Staatstheater Kassel, among others.  She made her German debut at the Mannheim Nationaltheater just a month before her official debut in Hannover, when she stepped in at the last minute to sing Gilda to critical acclaim.  Other leading lyric-coloratura roles that Ms Frankenstein began her European career with include Lucia di Lammermoor, as well as Konstanze in Die Entführung aus dem Serail.

Prior to her move to Europe, Ms Frankenstein was on the roster at New York City Opera, covering roles such as La Contessa di Folleville (Il Viaggio a Reims), Lisette (La Rondine) and roles in The Little Prince and Lysistrata. She also sang leading roles with companies ranging from New York Chamber Opera, El Paso Opera, Central City Opera and Tulsa Opera to Lyrique en Mer in France. Her roles with these companies include Violetta (La Traviata), Mimi (La Boheme), Marguerite (Faust), Despina (Cosi Fan Tutte), Belinda (Dido and Aeneas) and Antonia (Les Contes d’Hoffmann). Other roles performed in New York include a televised performance of Norina in Don Pasquale, and Alexandra in Marc Blitzstein’s Regina. 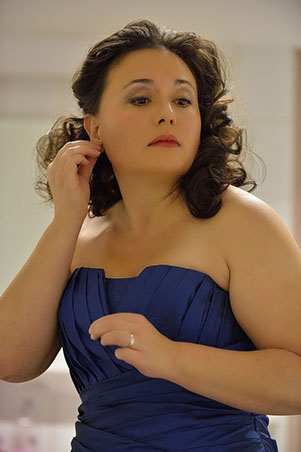 Ms. Frankenstein has sung at Carnegie Hall, where she was the soprano soloist in both the Mozart Requiem and John Rutter’s Gloria under the baton of John Rutter. Last season she performed the soprano solos in Beethoven's 9th Symphony and Rossini's Sabat Mater as well as Strauss' 4 Letzte Lieder to her performances in Spain and in Germany.  At the season opening of the Festival Musica Mallorca, she performed selections from Leonore (Il Trovatore), Luisa Miller, and Violetta in a brilliant Verdi Gala.  In 2013 she was the soprano soloist in Carmina Burana with the Berliner Symphoniker at the Berlin Philharmonie. Selected for the prestigious Trinity Church Concerts at One recital series in Manhattan, she created the program Hope, a collection of songs and cycles by composers who emigrated to the United States, a program she successfully reprised in Frankfurt am Main and in Hannover. Her other concert work include the Tremplin Jeunes Chanteurs in France at the Opera d’Avignon and the Concerts in the Parks series in New York City, and the renowned concert series “Dialogue der Künste” in Germany. Her solo CD was released by the French magazine Classica, which featured her as Artist of the Month.

Ms. Frankenstein, the granddaughter of the distinguished music and art critic Alfred Frankenstein and the acclaimed violinist Sylvia Lent, is a graduate of the Manhattan School of Music and an alumna of the young artist programs at Opera Theatre of Saint Louis, the Tanglewood Music Center, Virginia Opera, and Central City Opera.